If you've been around social media for a while you've seen the articles, blogs and jokes about the college and high school kids freaking out as their parents joined Facebook.

Well, I have the opposite problem. My Kids are now on Facebook...

I've been on Facebook for a long time (well, relative to most people at least). I received one of the first non-college accounts within a week of it being open for anyone. Actually, I created two accounts one for work and one for home. Back in those days there wasn't a lot of privacy and grouping features so I wanted to keep those parts of my world apart.

Plus the reason I got the account was to figure out how to use social networks for marketing. Well, I think we nailed that one pretty well.

A year or so ago Meghan, my now 14 year old asked for a Facebook account. I thought about it for a minute and didn't see any reasons why not. I did set some ground rules, the main one is that I had to know the password and that I'd check it whenever I wanted. If I found she changed the password I would destroy the account (I own the main email address her email is created under so I can do that easily!)

She's very responsible so I didn't have any issues, nor think much about her having one. Since she sat in on my presentation about Facebook at Middle School I didn't think there would be any problems.

Then my brothers, their wives, my cousins, friends from high school, friends from college, friends from the neighborhood etc. started getting accounts. Again no big deal. Until realized that since Meghan is friends with Deb and I, that she is being 'suggested' to be friends with our friends. Not a good idea.

This year Courtney goes to Middle School, so I created her a Facebook account. Unlike Meghan who was on Facebook well before most of my friends, Courtney is 'new' so all my friends are now seeing her. And wanting to Friend her. Again, not good.

The reason it is not good, is there are some things we joke about or post that I don't want my 11 year old seeing or asking about. Or that the friends post.

Family is one thing to have as Friends, but I've been telling the girls not to accept or Friend adults without first talking to me. I'll see who they are and make the decision.

Yes, it is late July and my kids have 3 weeks of summer left. Technically Meghan is done, since Band Camp starts tomorrow all week, then the week after.

Georgia has this bizarre schedule where we go back to school the first full week in August. Now they get out the Friday before Memorial Day, but it makes for a strange summer. Especially since it is fraking hot here until, oh October.

Summer went really fast this year. Deb's surprise party may have had something to do with it, but I don't feel like we sat down and relaxed at all so far.
Posted by Chris Curtin at 7/19/2009 09:04:00 PM 2 comments:

My Favorite Picture of Deb

So tomorrow is her 40th Birthday. Having thousands of pictures of her, from birth until two weeks ago (when she left for CT for her annual visit), this is my favorite.

I can't explain why, but I've had it in my briefcase since it was taken. Again there is some question on when it was taken, but it is great one of her!

Please call her, email, Facebook etc. to wish her a happy birthday! 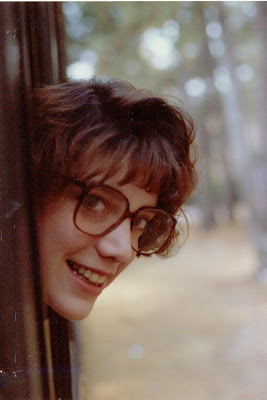 My second most favorite picture of Deb!

I think this was in my apartment in college, she thinks it was at a neighbor's New Year's party a few years later. Either way, great picture! 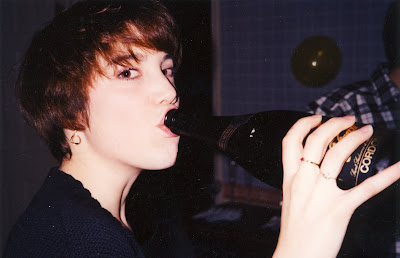